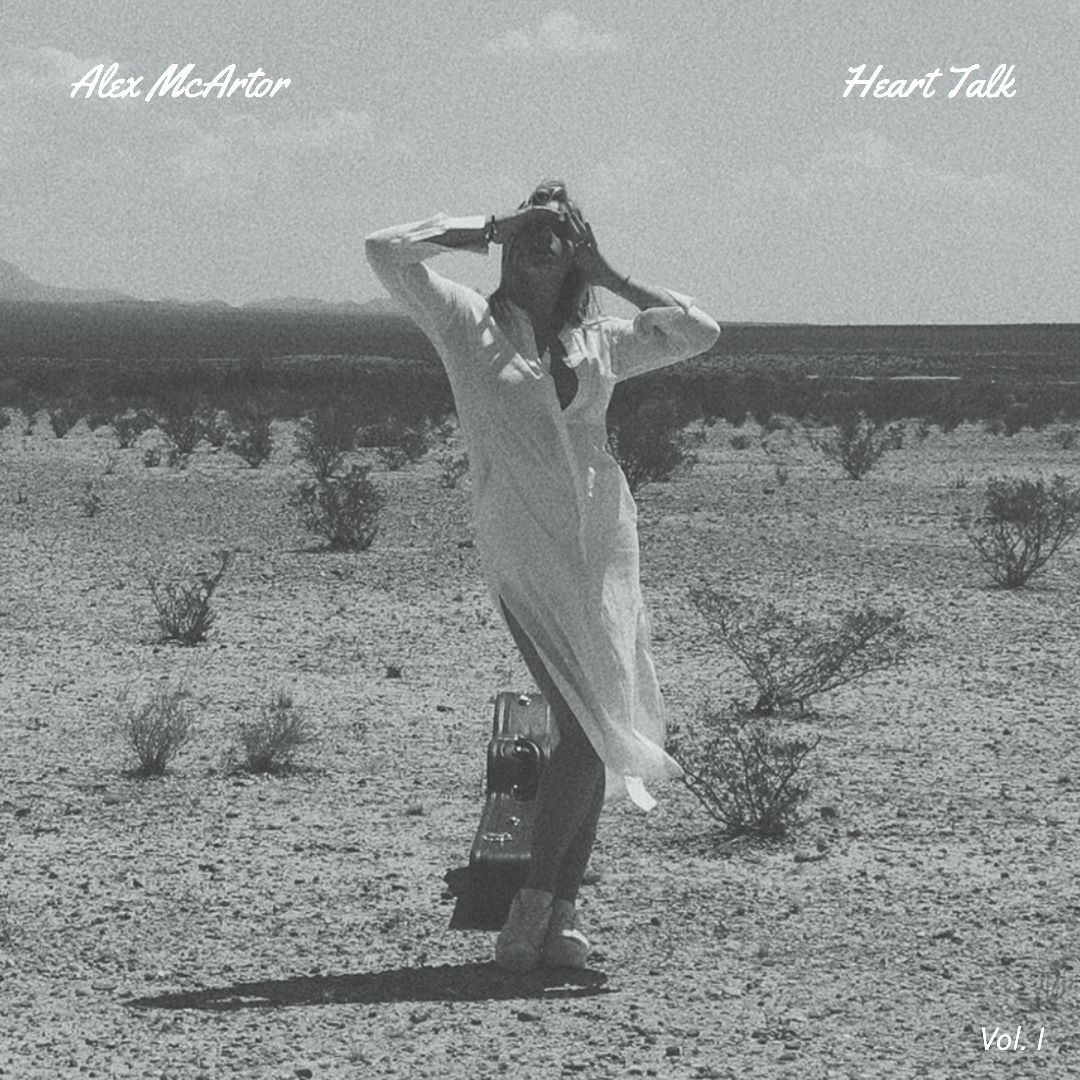 “Crazy” details playing with fire and inevitably getting burned. Then, moving on and learning to not touch the flame again. Alex McArtor

“Heart Talk Vol. I is the first release of a broader, deeply personal collection of songs I wrote over the last year or so,” she explains. “The collection was a therapeutic release of emotions for me and loosely based off of a few relationships that I had; young love, getting hurt, hurting others, and being a little bit ‘bat shit crazy.'”

In the new track “Loving is the Way”, Alex proves she is nobody’s toy. Written after breaking off a long relationship, the infectious tune was penned in an act of rebellion at the thought of feeling owned. “Speed Into Air” is a song to help pull yourself together, inspired by a relationship that should never have happened, while “Crazy” details playing with fire and inevitably getting burned. Then, moving on and learning to not touch the flame again. Written during Alex’s last days at boarding school, “East Coast” serves as a farewell song to the past year and the people and experiences in it.

“The ‘Heart Talk’ title track is the most important song to me on this EP as it spawned a full album’s worth of material,” Alex proclaims. “I vividly remember writing it in the dead of winter while I was at boarding school in New Hampshire. I wrote the song in under five minutes on an untuned piano… a really untuned piano,” she laughs. “It just spilled out of me so effortlessly and lifted this weight that I didn’t even know I had off my chest. I had taken a little break from writing songs that fall while away at school and that moment just made me realize how much I need it in my life. It’s the best way I can unbottle and release emotions I have.”

While McArtor is still young, she already has a musical endgame in sight. “When this doesn’t feel authentic anymore, I am out,” she says. “I think one reason my family’s so supportive is that I’ve been passionate and taking responsibility for all of this. It’s been me painting a picture, not doing something because someone else is telling me what to paint. I think when something comes from your soul it’s real, that’s when people feel it.”

Did it get you off

That I was crazy

That I was so out of my mind

And now you can’t face me

Yeah did it turn you on

When I acted crazy

How I would lie in the middle of the road

Just so you could save me

But you know I’ve been around

And now I know how this world works

And it’s because they stuck around

But you, you kissed me softly

Drove straight through my soul

And you, you ripped it off slowly

Pulled me in closely

Yeah does that make you sweat

Now that you know I’m gone

That once we were so good, so good

It made you feel so wrong

And you, you kissed me softly

Drove straight through my soul

And you, you ripped it off slowly

And you did it to hurt me

Now I don’t cry for you no more

Yeah did it get you off

That I was crazy

That I was so out of my mind

And now you can’t face me